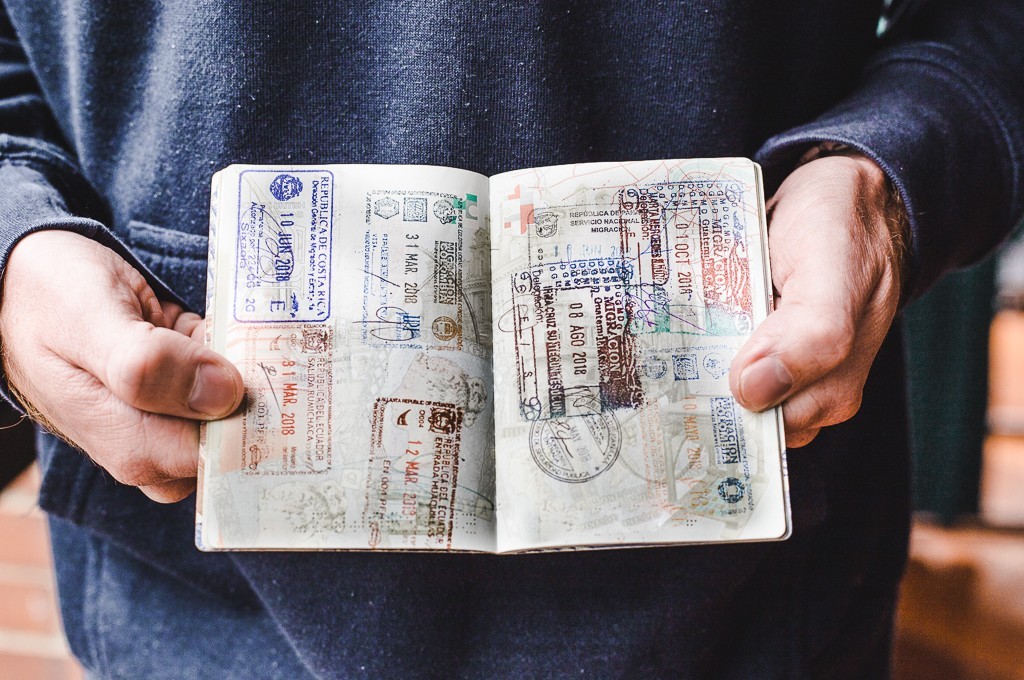 Visas can be a bit of a minefield sometimes, so it’s nice to have a place where they’re all together to go through in one sitting. As Brits, we’re very privileged when travelling in this region, as there are almost no visas in South America for UK citizens. Our American cousins have to spend a hell of a lot more to get into new countries, and in particular Israelis have a really hard time of it. To put your mind at ease though, I’ve rounded up a summary of Brits’ tourist visa requirements for each country in South America’s mainland so you can prep for your travels. Even though many countries don’t ask that you apply for a visa, there are still a few tips and tricks that you should know about when crossing their borders or applying for a visa extension. Let me be your almighty guide!

Hopefully these shouldn’t be at all affected by the upcoming Brexit tomfoolery (I’m not even bitter), but I’ll work to keep them as updated as possible through this post’s time on the interweb. And hey, maybe I’ll have to write one of these for Europe one day.


Note that this post is only telling you about tourist visas in South America. This means you cannot undertake any paid work, and you might run into issues with longer term admin requests such as renting privately or trying to open a bank account. If you want to settle more permanently in South America, make sure you’ve done a huge amount of research before the point of arranging your big move.

After reading this guide to the visas in South America for UK citizens, you should check out these helpful posts:

Even if there aren’t that many necessary visas in South America for UK citizens, lots of airlines will request that you have proof of onward travel from the country before letting you board the plane (it has been known to happen for buses but it’s extremely rare for them to ever ask). By proof of onward travel, they mean they expect to see an official confirmation of a fully booked, paid-for travel arrangements such as a flight or bus journey. 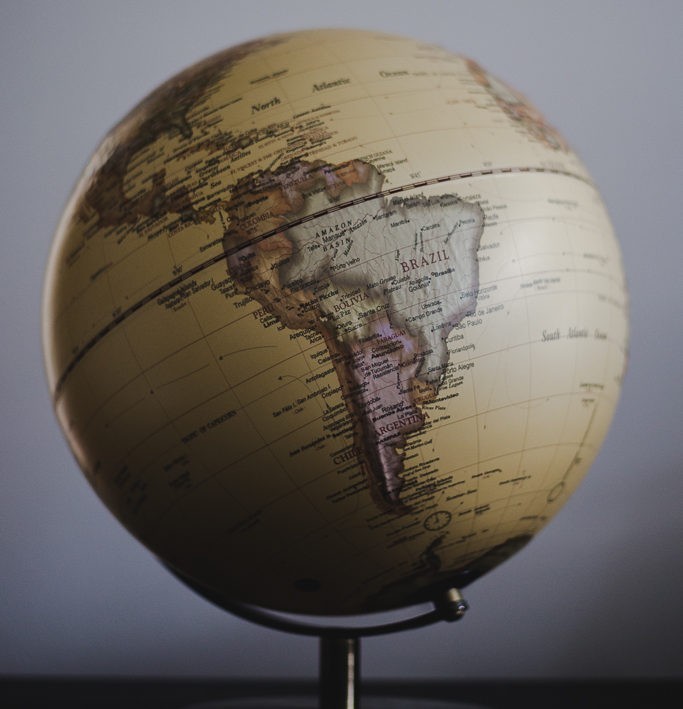 While it makes sense from their immigration office’s point of view, this can be mega frustrating if you want to keep your plans as flexible as possible and you don’t know which country to go to next – even if you have zero intention of overstaying any tourist visas in South America. Sometimes booking the cheapest bus seat from the nearest town to a border can be a good way to pay for your freedom, but unofficially, Expedia does offer a 24-hour full refund on some flights #justsayin’ #youdidnthearitfromme.

To reiterate, I do not condone overstaying any visas in South America, but I know that the ability to be flexible can have a big impact on your travels.

You need at least 6 months of passport validity

This isn’t really just for entry and visas in South America; practically every country in the world will request that your passport has at least 6 months left on it before it expires. This applies to all passports, not just for UK citizens. If you don’t there’s a high chance you won’t be allowed to check in for your flight or get a stamp at a land border crossing.

It’s quite common for countries in South America to require to see a certificate of vaccination against yellow fever if you’ve travelled from certain countries where that’s a risk. Sometimes they ask for it, often they don’t but to be perfectly honest you should really be vaccinated against this anyway if travelling in this region. The vaccine needs to have been issued a minimum of 10 days before entry.

There is no need for any kind of prep or visas for UK citizens in Argentina. Just turn up at the border and they’ll give you a stamp for 90 days in the country. In my experience, Argentina is one of the most scrutinising of previous stamps in your passport (they did NOT like my Russian visa slip), but other than a little extra waiting and some bonus point questions while passport control decided whether or not this made me an imminent threat to their country, it didn’t affect my border crossing. Once the 90 days is up, you can technically border hop and reenter straight away. I’ve met people who had lived in Buenos Aires for 11 years on a tourist visa by taking the ferry to Colonia del Sacramento in Uruguay every 12 weeks. 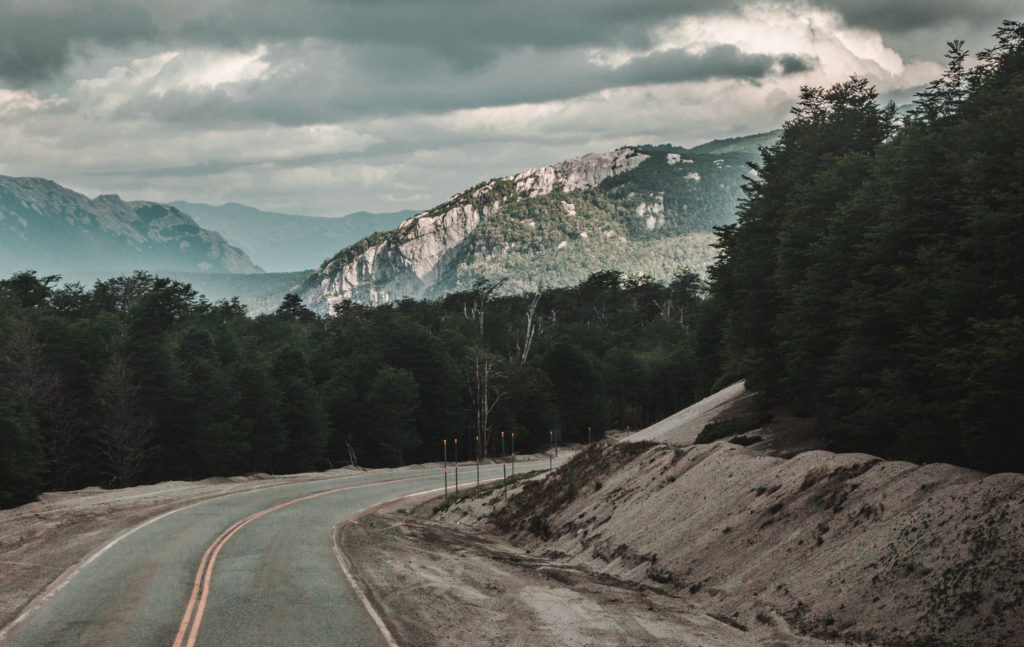 No need for any visas for Bolivia either, Brits. They will give you a 30-day stamp upon entry, which you can extend by 30 days up to twice as long as you apply for the extension at the immigration office before you’ve overstayed your visa. You risk a fine if you don’t have both an exit and entry stamp in your passport from when you crossed the border into Bolivia, so make sure the officials have done so (for many tourists, the Chilean-Bolivian land crossing to get to the Uyuni salt flats is their first experience of bribery by Bolivian officials).

90 days for free: how does that sound? Brazil also does not request that UK citizens apply for visas, but they may want to see confirmation of accommodation and proof that you have enough money for the duration of your time in their country at the border entry. Check for stamps in your passport to avoid people fined for not having one when you eventually leave. An additional 90-day extension can be applied for with the Brazilian Federal Police. 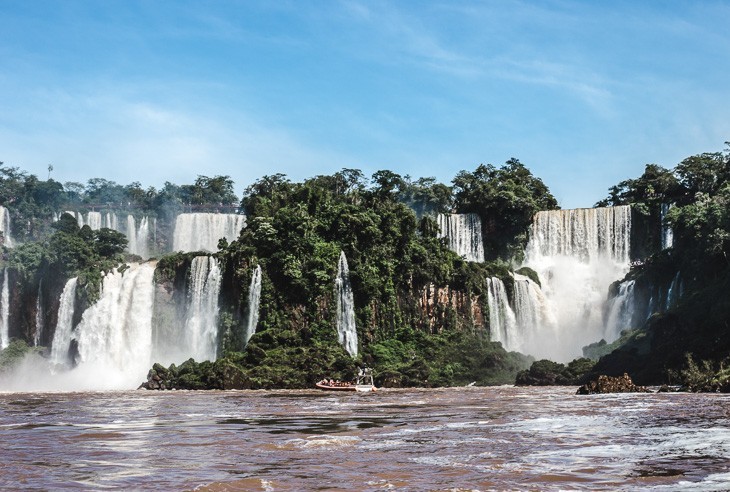 Colombia will offer you as a UK citizen 90 days of a free tourist visa upon arrival. Easy peasy. Colombia is another country that only allows you to apply for an extension to your tourist visa at the Migración Colombia office without having to leave the country and re-enter, but only once a year. If you go over the 180-day limit a year they will charge you for the extra days when you do leave.

In Chile you need… YOU GUESSED IT! Nada. All you need to bring is your smiling self and an in-date UK passport to be given 90 days entry. Applying at the embassy can get you an extension on this. Upon entry in Chile, you will be given a slip of paper called a Tarjeta de Turismo that looks a lot like a supermarket receipt. Lots of people end up throwing it away, but it’s actually needed to exit the country. Of course, they’ll still let you leave if you turn up at the border without it, but it’ll cause extra hassle that will get right on your tetas. 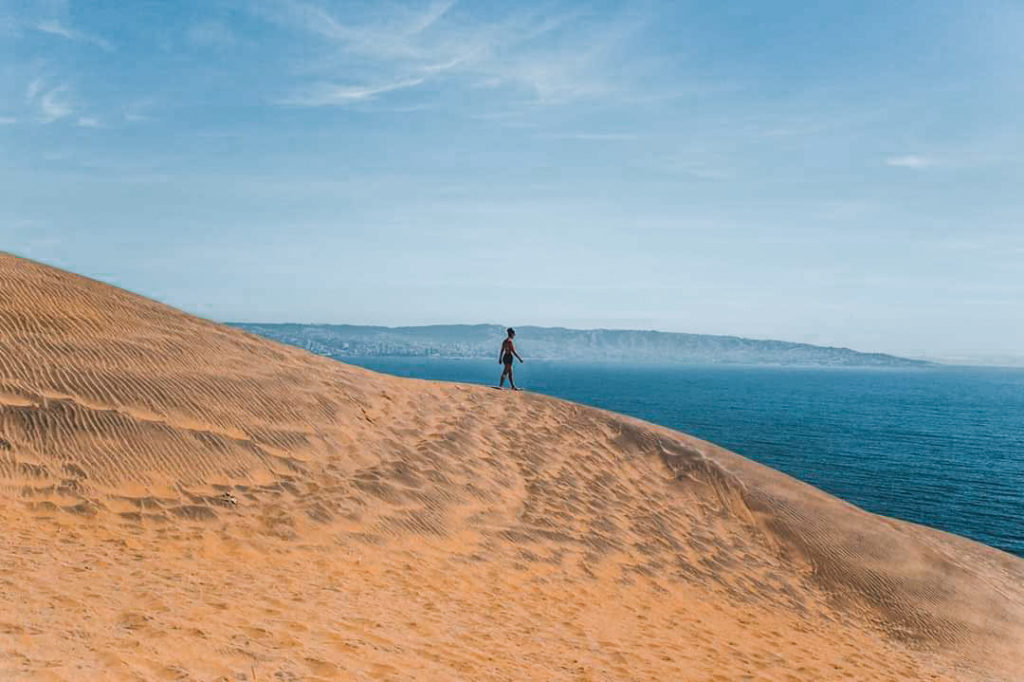 Do you believe me now when I say there are barely any requirements for visas in South America for UK citizens?! Ecuador asks you to pay nothing for tourist entry, with 90 days on the clock. Any longer than this, and you need to start looking at less temporary types of visa which have to be applied for through the embassy before you get to the country.

This is the one that may be affected by Brexit. Since it’s still French-run, the UK leaving the EU could mean that getting into Guiana without a visa may become less likely. Guiana will currently give free entry to holders of UK passports that describe them as ‘British citizens’. If your passport says you’re any other term, get in contact with the embassy beforehand to check the dealio.

Guyana is one of the strictest for checking adherence to visas in South America and punishing those who overstay, but they are still lenient enough to give you 30 days upon entry with no prior hassle. Just make sure you either get an extension to stay longer or stick to your departure date religiously.

Easy peasy. Pull up after your flight lookin’ dishevelled and get a free 90 days simply for being British. Damn, it’s as if we used to bully the world, or something. 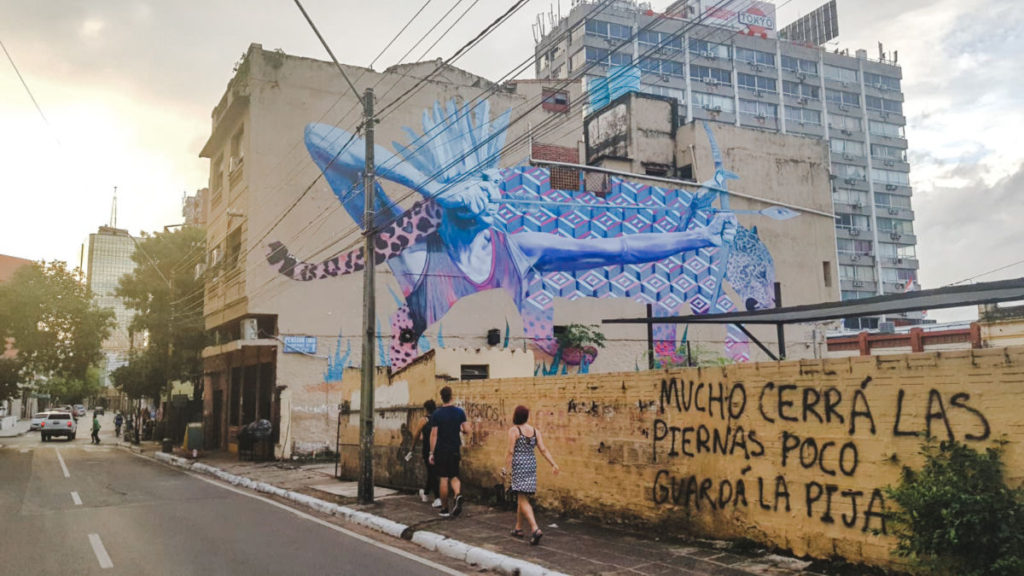 Oop, another free entry agreement. Again, 90 days are allowed for UK tourists in Peru without having to apply for or prepare any visa before turning up. Immigration officers can kick up a fuss if you don’t have an exit stamp from your previous country when you come to leave Peru, so make sure you get it when crossing that border. Overstaying will mean daily fines or worse.

Oh, British citizens actually need to do something for this one, how exciting! The only of the tourist visas in South America for UK citizens that actually carries a fee, you’ll need to apply and pay for an e-visa online at the very least 72 hours before the day of your departure. The 90-day e-tourist single entry visa for Suriname is $40 USD, plus a $14 processing fee.

Another 90 days with zero effort. Rock up, get stamped, enjoy Uruguay. You can extend this tourist visa, to do so just take your passport down to Dirección Nacional de Migración and hit them with your best ´por favor‘.

Ok, I’m including this as a technicality, but you should be aware that at the original time of writing this post (June 2020), Venezuela is not a sensible place to visit. Bizarre behaviour of their president and poor management of the country has meant that huge numbers of its people are struggling with shortages in power, food, clean water and jobs. There’s a reason that millions of Venezuelans have chosen to live on the side of the road in other countries across South America instead of trying to survive at home. Anyway, should some feat of magic happen and the stunning country of Venezuela becomes restored and reopen for tourism, you’ll be happy to know that they offer a tourist visa of 90 days given upon arrival, which can be extended for a fee at the SAIME office in Caracas. Woo.

So there you go all the (lack of) tourist visas in South America for UK citizens! We really do have it easy in this region; never take it for granted 🙂

Liked this guide to the tourist visas in South America for UK citizens?

Save it as a pin on Pinterest to be able to refer back to later. Popoyo, Nicaragua: The surfing retreat with a laidback beat 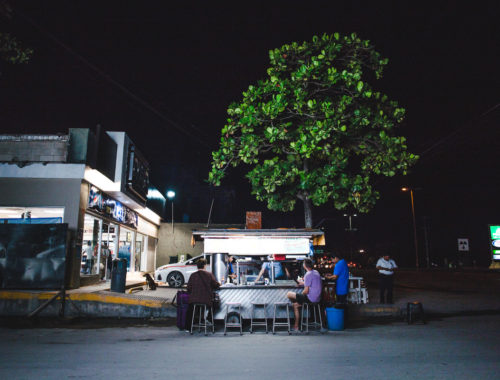 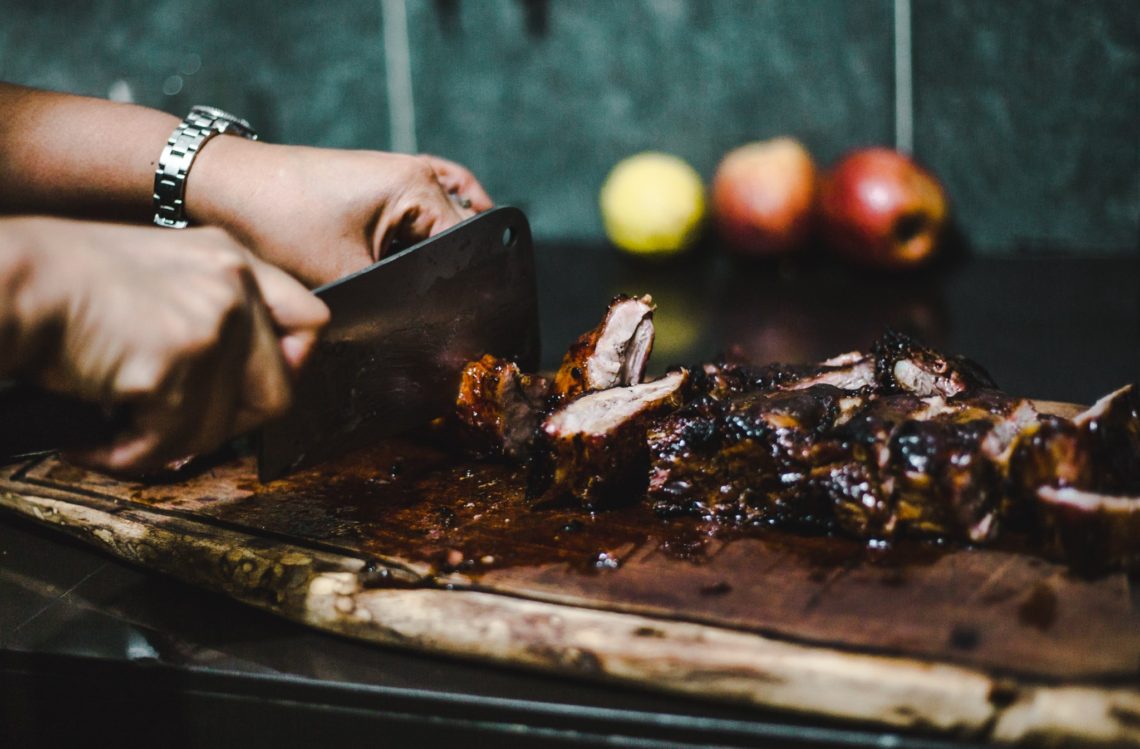 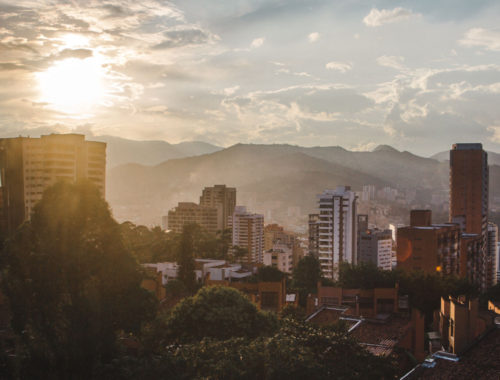