Although the capital has a name for itself as being boring and soulless, we LOVED this city. We happened to spend Christmas in Santiago, which seems to be when it’s the least busy out on the streets. There are a lot of things to do in Santiago, Chile; you’ve just got to find it! It’s a city of epic viewpoints and artsy cafés, and not to be missed during your travels through Chile.

Being both the country’s capital and in a central location along the world’s most stretched-out nation, Santiago is a hub for travel within Chile. There are buses that go to almost everywhere in the country, and popular destinations are to head to the nearby vibrant city of Valparaíso, up north to places such as San Pedro de Atacama to pick up a Bolivian salt flats tour, or down south to Castro, Chiloe Island before heading to Patagonia. You can also take one of the regular direct buses to wine country in Mendoza, Argentina, though try and get the earliest bus possible as getting through the border can take a while.

The climate in Santiago is hot (30 degrees Celsius) and generally quite close in the summer, which is from December to February, but goes down to a mild 15 degrees in July.

There are a lot of stray dogs in Santiago, Chile, but thanks to the city’s attitude of ‘nobody’s dog, everybody’s dog’, the animals are well-fed and watered, so they don’t have to get aggressive and territorial.

Things to do in Santiago

First up, the Tours 4 Tips Santiago free walking tour is excellent; they meet at 3pm on the steps of Museo Bellas Artes every day. It’s long and involves a short ride on the metro (so bring change!), but really interesting. This Santiago free walking tour will tick off a large number of must-sees in the city, including Plaza de Armas, Plaza de la Constitución and the Mercado de Abastos, a giant market filled to the brim with fruit and veg in every colour.

Chill in a coffee shop

For coffee and people-watching, the districts Italia or Bellas Artes have lovely little coffee-shops to spend a lazy afternoon. If you’re after something more central, Café del 10 is a street away from the Plaza de la Constitución and offers great coffee, ice cream and café, including some free-from options! If you eat free-from, don’t forget to check out our post on ‘How easy is is to eat gluten-free in South America?‘

In true Chilean style, Santiago is completely surrounded by mountains and hills (‘cerros’ in Spanish). Some of the best views of the sprawling city can be captured from the tops of these cerros. As a warm-up, we recommend the short 15-20min climb to the top of Cerro Santa Lucia, which is a few blocks from the museum where the walking tour begins. At the peak, you’ll discover not only lush gardens, but also an old Spanish fort, topped with watchtower, which you can climb to get the best city view.

If you’re feeling more adventurous (tip, do not do this hungover), you can hike the dusty trail up the Cerro San Cristobál for an out of this world viewpoint. You’ll know this hill as the one that has a giant white statue of the Virgin Mary on top. The hike is popular with tourists and local dog-walkers alike, so expect to pass many a greeting on your way up (remember, ‘buen dia’ or ‘buenos dias’ for the morning, or ‘buenas’ in the afternoon).

To begin, go to the end of Manuel Mckenna road in Bellavista and keep left at the junction where things start to get hilly (walking away from the zoo). The height of the cerro is 860m, so you will need a certain level of fitness to get to the top in good time, especially during summer when things get real hot. If you’re not feeling up to this, you also have the option of a taxi, bus or cablecar (‘teleférico’) from the other side of the hill at the Pedro de Valdivia station on Avenida Providencia. There are a few cafes and stalls providing options for food and drink at the top, but if you’re hiking there’s nothing on the way there, so buy water beforehand.

For an even easier way to see an aerial view of Santiago, Chile, get yourself up the Sky Costanera. Located in the Providencia district of the capital, this 300m tall skyscraper is open to the public from 10am to 10pm every day of the year. Getting to the top for panoramic views of Santiago costs 15,000 pesos, or 5,000 extra for the Fast Pass to skip the queues, which you can buy at Sky Costanera’s ticket offices on the day. The last elevator goes up at 9pm.

For general shopping, Santiago does not disappoint. You’ll find most of the main shopping centres to the north of Plaza de Armas, but certain districts have super-cheap small shops and street stalls that sell any type of clothing you could ever imagine, such as down Recoleta and San Filomena. Not everything will be to your taste, but they’ve taken some pretty decent cracks at mimicking our favourite brands! Presumably due to low import taxes, Western brands are really cheap compared to home. Think Adidas and Nike trainers for £35-40 instead of £60+. A guy in our hostel got his $2000 Macbook Air stolen and, being a writer, needed a replacement ASAP. Bracing himself for a hit, he managed to find a genuine Apple shop, and almost fell over backwards when he found out their price was a mere $900. If you’re currently in Argentina and feel the need to splurge before arriving in Chile, WAIT. YOUR TIME WILL COME.

Those interested in seeing how local farmers and shopkeepers make a living will be interested in the Mercado Central for seafood and the previously-mentioned Mercado de Abastos for fruit and veg. Prepare to be a little overwhelmed by all the intense sounds and smells, but make sure you try something you’ve never seen before!

For those looking for artsy souvenirs. Lastarria district is full of hip street stalls and pop-up shops – but pretty expensive to eat so don’t hang around long enough to get hungry! If you’d like to take home something more traditional, we recommend the artisanal village in Los Dominicos, where lapis jewellery is polished and leather boots are made to measure (literally by drawing around your foot on a piece of paper). Access it by going to the last metro stop along the red line, then heading across the park to the big white church. Even if you don’t have enough cash to buy anything, it provides a lovely afternoon stroll looking at some of the most beautifully-crafted products Santiago has to offer – including ice cream! 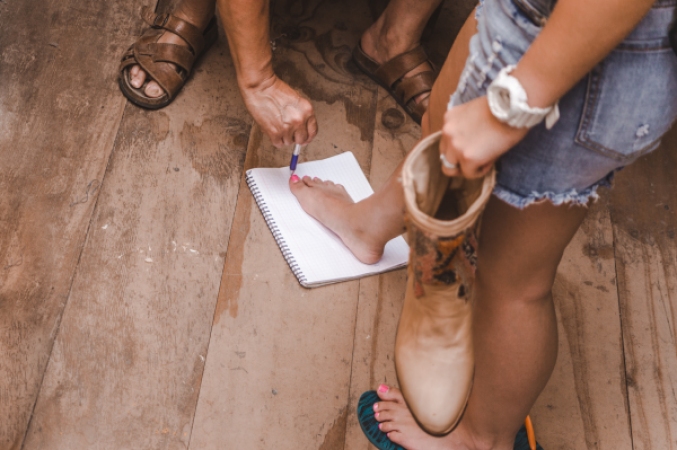 This is a mighty gorge just outside the city, and while you can do up to 8-day Andean hikes through Cajón del Maipo, it’s also very suitable for a day trip from Santiago, Chile. Most trails start from the small town of San Jose de Maipo, which is 50km from the city centre. As you hike through the national park, expect to pass river rapids, waterfalls, plenty of Andean wildlife, a lagoon and perhaps even thermal springs, depending on which tour you take.

Where to stay in Santiago

Like any large city, there are a number of districts to choose from, each with their own rhythm and style. We stayed in two areas just over the river from each other. The first was in Bellas Artes, which is a cutesy café and art area a short walk away from the hustle and bustle of Plaza de Armas. We stayed in Avion Rojo, which had excellent large beds and a great breakfast at a café across the road on weekdays (but days when the café is closed the breakfast is just a loaf of bread to share and cheese; not that great).

One weird thing about Avion Rojo was the bathrooms; clear windows at chest height in the shower looking onto the main staircase is the reason we need more women working in architecture.


For our second stint in Santiago (after we’d been to the south) was at La Chimba in the Bellavista area. We stayed in a double room, which was HUGE (bigger than both our bedrooms put together at home) and had a pretty comfortable bed. The hostel itself is massive, and they don’t seem to do a tour at check-in, so we met many people staying in the main house who had no idea that the ‘backhouse’ had a billiards room and lounge equipped with Netflix on a plasma TV. It does have a party vibe, so you’ll most likely be pulled onto a bar crawl during your stay. They put on lots of food events and parties while we were staying there over Christmas. 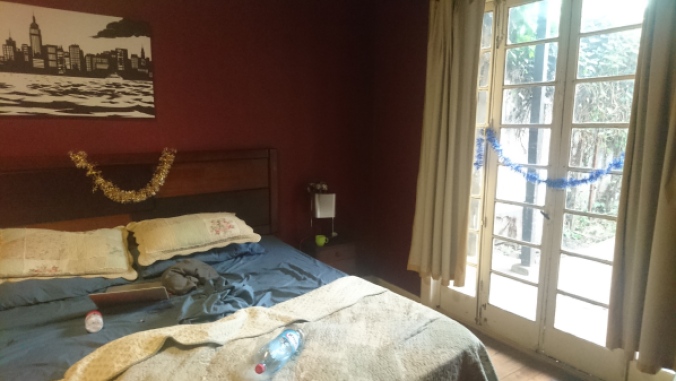 Where to party in Santiago

Pío Nono, in the Bellavista district, is the main party street in Santiago, and it’s always alive with cheap drinks deals and loud music. At the end of the street is the university, so the crowd tends to be young and beautiful. You’ll also find many smaller bars and clubs dotted around in the streets surrounding Pío Nono, which are usually ever so slightly more chilled.

Lastarria district is also home to many cool bars, but sadly the prices aren’t for the average long-term backpacker.

How long to stay in Santiago: 3-4 days

Last Updated on 2 June 2020 by Cuppa to Copa Travels

How we spent 4 weeks in Chile

How we spent 4 weeks in Chile

Have your say! Cancel reply