Santa Cruz de la Sierra is a bit of a misfit in the category of Bolivian cities. Not that it isn’t dirty in places or that it doesn’t have a huge street market to get lost in, but that many of its residents are a lot wealthier than the rest of the country, and as the ‘last Spanish stronghold’, native blood is no longer the overwhelming majority in the local population. Though you’ll still see plenty of typical Bolivian culture around, Santa Cruz de la Sierra has more of a European feel, complete with hipster health bars and Starbucks.

Away from the sparkly centre and the gated communities of the middle-classes, the city is still a little rough around the edges, and there are certain areas that you should categorically not go into at night (your hostel should be able to point out any nearby barrios to avoid). 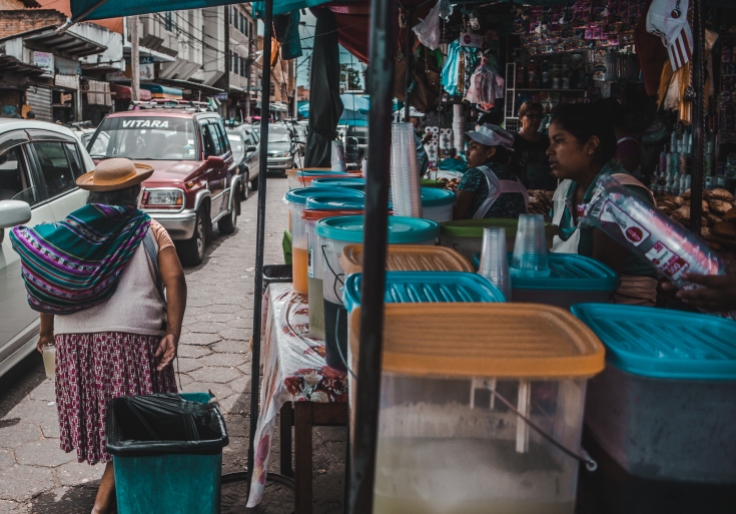 While the population of Santa Cruz de la Sierra is more European due to the Spanish settlers, it has another interesting spin to it. In the 20th century began the arrival of the Mennonites – a religious community originally from Russia that over centuries spread all over the world to pursue religious freedom.

They set up compounds on remote plots of land surrounding Santa Cruz de la Sierra, and although you’ll see them around town (noticeable as men in dungarees and covered-haired women in conservative ankle-length dresses, usually with fair hair and light eyes), they’ve done their best to keep their community separate from the influence of Bolivian culture. There have been a number of cult-like scandals around these compounds, not unlike the sort of headlines you’d expect to come out of Utah.

After reading this post on things to do in Santa Cruz de la Sierra, Bolivia, you may also want to have a skim of:

Having basically no altitude, the climate in Santa Cruz de la Sierra is hottttt, 25-30 degrees Celsius all year round. After the misty, dizzying heights of La Paz and Cochabamba, having the combination of being able to wear shorts and being able to breathe is always welcome. If you find Santa Cruz a little too hot though, Samaipata might be a more palatable destination for you (and a lot more peaceful!).

Where to stay in Santa Cruz de la Sierra

La Jara had everything we needed! Although a 20 minute walk to Plaza 24 de Septiembre, the main square in the centre, this hostel felt close enough to be near things whilst far away enough to be out of the nitty gritty of the inner ring road. The winner for us was the garden, bar area and swimming pool – so much space for activities! The double room was very spacious and the staff were super helpful. Not a bad price, either!

If you’d like accommodation closer to the centre of Santa Cruz de la Sierra, do take a look at Nomad Hostel; it’s right off the main square and is well-recommended by travellers.

Things to do in Santa Cruz de la Sierra, Bolivia

Santa Cruz de la Sierra’s markets are pretty epic. You’ll find absolutely anything on the street stalls that span blocks and blocks in the North-West of the city’s inner ring. Los Pozos has all your fruit & veg needs, 7 Calles Market (on Vallegrande with Isabel la Católica) is a maze of cheap-cheap clothes and overwhelming sights & sounds, whilst Mercado Nuevo (on Sucre with Aroma) is a super-local place to pick up an inexpensive lunch. Spend an afternoon getting lost in the many stalls selling dog food to baby clothes to chicken feet, and don’t forget to try a new fruit!

Stand at the (supposed) centre of South America

Santa Cruz de la Sierra has erected a cross in a park that apparently marks the centre of South America, but judging by the lack of interest by locals and tourists alike, plus, you know, actually looking at a map, we’re struggling to see how this is true. The ‘marker’ is just a 2-metre cross in an otherwise empty plaza, near a road-sign showing the distance to different capital cities, with no explanation whatsoever, so who knows. If you fancy going for the novelty anyway, you’ll find this spot on Plaza Callejas. 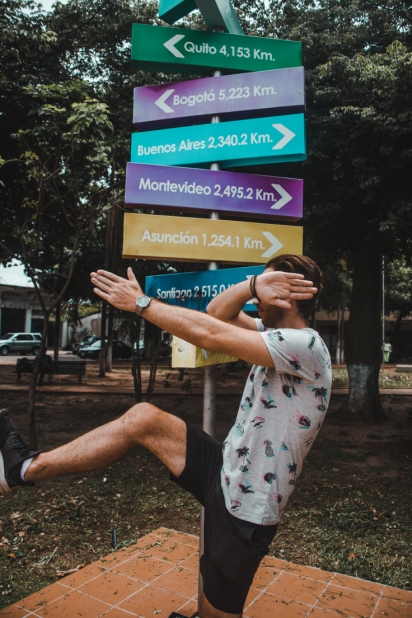 We did struggle for things to do during the day in Santa Cruz de la Sierra, so despite having zero interest in butterflies or gardens, we attempted to head out to the famous butterfly gardens 40 minutes from the city centre.

However, don’t make our mistake! We followed the directions on a blog (which we still love as it has been really helpful in the past) and it took us east, in the entirely wrong direction for the real butterfly place. We actually ended up in a Jardin Botánico (with some wild butterflies, but mostly just mosquitos) 40 minutes on the opposite side of the city.

We tried to make the most of it, walking through the gardens and greenhouse, but it felt like a waste of time, in all honesty. Reviews say that you can hike through the forests to see armadillos, sloths and monkeys, but our highlight of the day was seeing a giant lizard on the pavement. 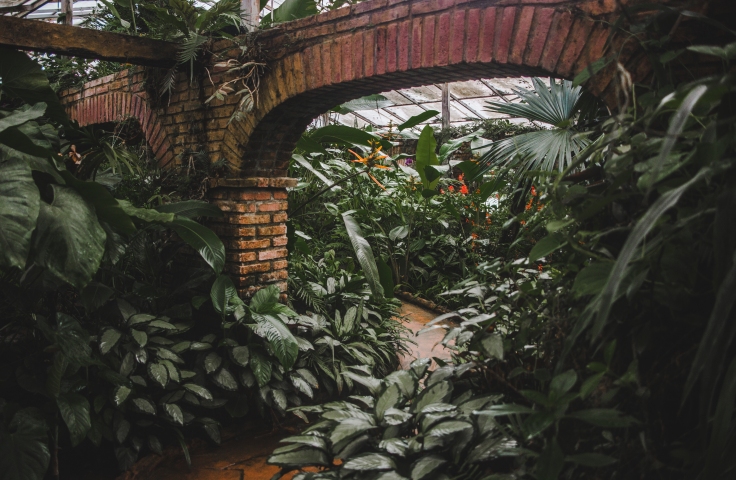 The place we were actually wanting to go to was Mariposario Güembe, which is both an eco-park full of wildlife and a place to stay if you have that kind of moolah. This is located to the west of Santa Cruz de la Sierra, across the river.

The entrance fee is a little steep at 180Bs (this price gets reduced at 4:30pm but by then you haven’t got many hours to enjoy the activities before nightfall), but there’s enough within the park to keep you occupied. It boasts wildlife exhibitions, A MONKEY ISLAND, orchid garden, lagoons, waterfalls, swimming pools and plenty of walks.

Read next:  La Paz, Bolivia: What to do in the highest capital in the world

Hard to miss in the main plaza, 24 de Septiembre, is the proud bell-tower of the San Lorenzo Cathedral. For just 3Bolivianos, you can climb the stairs within the bell-tower to see views of Santa Cruz de la Sierra, though note that it’s shut between 12pm and 3pm.

A little out of the city, the Lomas de Arena regional park is holds an expanse of sand dunes to explore. These sand dunes sometimes fill wth rain water to create lagoons, making them not dissimilar to Lençóis Maranhenses in North-East Brazil.

The entrance fee is 10 Bolivianos per person, and those arriving independently via taxi or colectivo bus from the centre will have to walk the last 7km into the protected area of the park. Booking a 4×4 tour through your hostel would allow you to skip this walking.

There is the chance to see a variety of wildlife in Parque Lomas de Arena, such as cayman, sloths and monkeys, and of course, you can sand-board down the dunes! Best not to go on a windy day as sand storms are not so pleasant!

Located 40km away from the centre of Santa Cruz de la Sierra, Amboro national park is the only place in the world where you can find the meeting of the Amazon basin, Andean foothills and Gran Chaco ecosystems. The diversity is spectacular, and it’s a hotspot for bird-watching, along with the chance to spot monkeys, armadillos, tapirs and even jaguars if you’re (un)lucky. You can only enter the park with a certified guide, and most people choose to visit for at least one night.

To wind down in this hot, dusty city, head down to one of the many parks to check out the ponds and feed the pigeons. Parque Ubrano and Parque El Arenal are solid favourites with the locals.

For great coffee, the frappuccino at the art café on Calle Sucre – on the block closest to the cathedral – is to die for, plus the paintings are pretty interesting, as far as paintings go.

Where to party in Santa Cruz de la Sierra

Being Bolivia’s biggest city, and one in which the average wealth of residents is higher, Santa Cruz de la Sierra is known as a place to party. While we were mainly led to house parties by locals we met in La Jara hostel, the coolest looking club was definitely Rosa, which is actually outside the main centre, surrounded by gated communities. Dress up a bit smarter for this one.

Avenida San Martin is the main strip for bars in the swanky Equipetrol area, one of the richest areas of the Santa Cruz de la Sierra.

In the centre, there is an Irish bar on the main plaza, but be warned that although it looks authentic the barmen there have no idea (yes, really, NO IDEA) what a Guinness is. Really.

Now you’ve finished reading this post on things to do in Santa Cruz de la Sierra, Bolivia, you may also want to have a skim of:

Give it a cheeky pin on Pinterest to read again at another time!

Last Updated on 1 March 2021 by Cuppa to Copa Travels

Cochabamba, Bolivia: The city with a Christ as big as Rio's

If we only had 2 weeks: Bolivia itinerary

Uyuni, Bolivia: Making the most of the Salt Flats’ border town

Copacabana, Bolivia: The town on the banks of Lake Titicaca